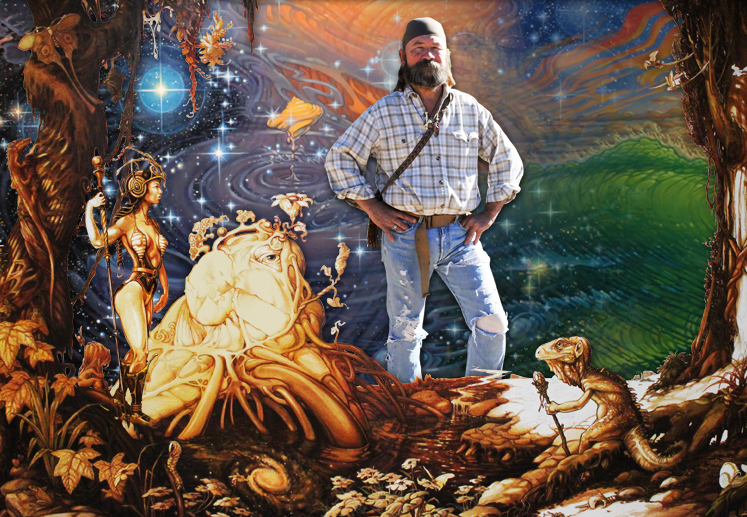 Since the early sixties, OgdenÃ¢â‚¬â„¢s original nouveau style has inspired Southern California kitsch. Often referred to as one of the most influential and imitated artists of all time, this icon, called the Ã¢â‚¬Å“Godfather of surf realismÃ¢â‚¬Â dominated the surf community creating promotional ads for Hobie Surfboards, Jantzen Inc., and being regularly featured in every prominent surfing publication, including a four year consecutive run of back covers for Surfer Magazine. From earning money shining shoes in front of a gambling hall as an eight-year-old, to being moved up a grade in school and selling his work during his art class, to hitchhiking up and down the coast, to turning down a $50,000 Ã¢â‚¬Å“career makingÃ¢â‚¬Â job opportunity, to the women, to the waves, and to the beer, OgdenÃ¢â‚¬â„¢s journey has been one of excitement and turbulence, all in the name of preserving artistic freedom. But freedom, as we know, isnÃ¢â‚¬â„¢t always free. Forgotten, blackballed, ostracized from a scene he helped create, Bill Ogden is back and ready to unleash his original vision with a whole new theme to an arts community that has been far less decadent with his absence.

Ogden is a man who, thanks largely to the greed and exploitive efforts by those who attempted numerous times to harness this free spirit, has been misunderstood, mired in controversy, misrepresented, and heÃ¢â‚¬â„¢s plenty pissed off about it.

So FIND invited Bill to come stop by the studio for a little chat. Nineteen hours later, it seemed that weÃ¢â‚¬â„¢d barely scratched the surface.

Ã¢â‚¬Å“Whereas before I was trying to show the feeling of being a surfer on the beach, living that free life and all of the stuff I did that wasnÃ¢â‚¬â„¢t direct surf art, in that I did beach art: the seaweed, the seashells, the view, the waves, the sand, the rocks, the view looking up the coast, well now IÃ¢â‚¬â„¢m showing that same thing only, the entire universe,Ã¢â‚¬Â explains Ogden.

Ã¢â‚¬Å“Right now, IÃ¢â‚¬â„¢m working on this theme putting humanity, the planet earth, and the universe all in the same box. Because, people donÃ¢â‚¬â„¢t think about it that way, I donÃ¢â‚¬â„¢t know about you, but when I think about the earth, I donÃ¢â‚¬â„¢t really think about it as being part of the universe. I donÃ¢â‚¬â„¢t think anybody thinks about it that way. You only think about it as far as the atmosphere, the outer atmosphere; that this is like a capsule, and we are not part of the stars, and the novas, and the whole deal. And yet we are! So IÃ¢â‚¬â„¢m putting all of this together. And then the painting [IÃ¢â‚¬â„¢m currently working on], is showing humanity, earth, and deep space, all being one. ItÃ¢â‚¬â„¢s all one! In doing this, I think that we get a better understanding and more of a respect for ourselves; that we are literally part of that star up there. That star is in our space, because we are in the universe.Ã¢â‚¬Â 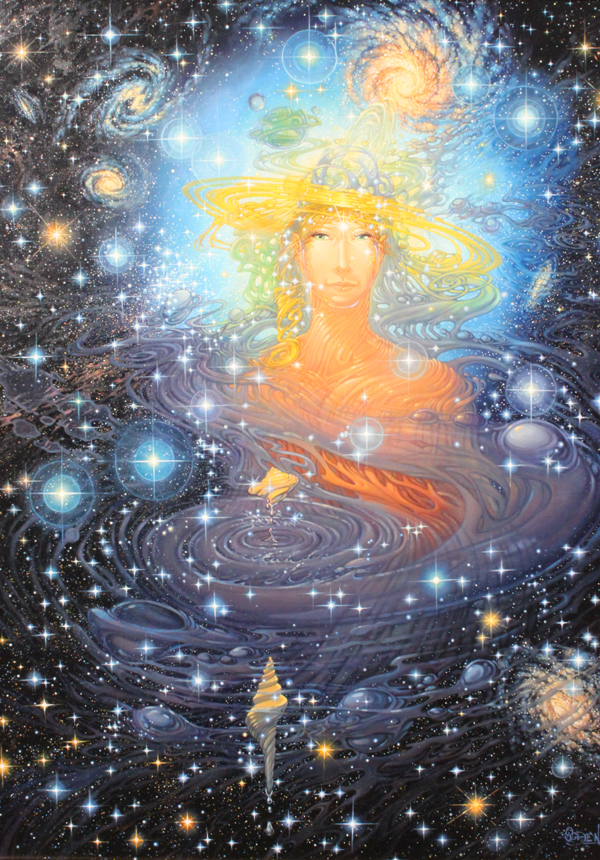 This sense of oneness with the universe reveals a sensitivity, a humility, that seems at once admirable considering all the trials Ogden has faced, and at the same time understandable, perhaps providing a glimpse at the kind of mindset necessary to navigate such choppy waters without losing something of yourself. As his success grew, so too did the list of opportunists, all far more business savvy and driven by greed. Hungry and eager, his enthusiasm and drive to carve his own professional niche in the art world would lead Ogden to be taken advantage of on numerous occasions. Companies would commission specific works and later manipulate them in the name of mass production, compromising their integrity, and offering no additional compensation. Rights were stolen and improperly sold by those who had no authority to do so.

Still, through it all, Ogden remained steadfast in his righteousness oftentimes seeing himself as the reluctant hero reminiscent of those action films from the thirties and forties.

Ã¢â‚¬Å“That is why the bad guys donÃ¢â‚¬â„¢t like me, because they donÃ¢â‚¬â„¢t know what IÃ¢â‚¬â„¢m gonna do. They know I have the ability, but I also have good reason, and they gave it to me. IÃ¢â‚¬â„¢m probably never gonna have to expose those guys, because just me resurfacing, and coming through it all, usually runs them out of town. All youÃ¢â‚¬â„¢ve gotta do is be true to yourself.Ã¢â‚¬Â 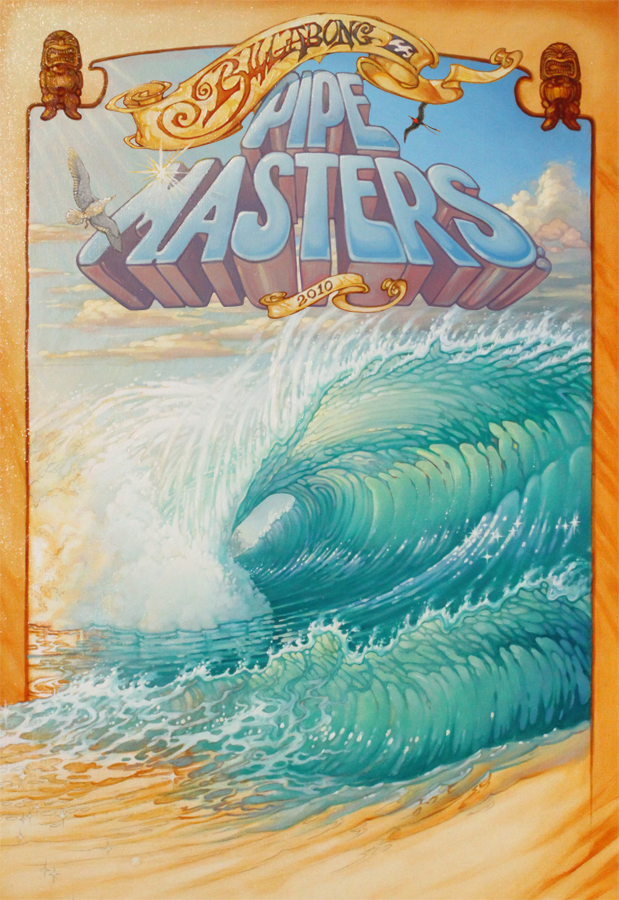 If resilience, perseverance, and the willingness to give back define a heroÃ¢â‚¬â„¢s true character, perhaps the archetype is appropriate. While he says emphatically that he has Ã¢â‚¬Å“loved every part of this adventure,Ã¢â‚¬Â and only cites standing up for himself more early on in his career as the only thing he would do differently, Ogden is clearly concerned about his legacy and its accuracy in the face of lies, rumors, and assumptions that abound about his work.

Ã¢â‚¬Å“When I was a wee small kid, I felt a responsibility that this is my duty, itÃ¢â‚¬â„¢s my job. I felt that if I didnÃ¢â‚¬â„¢t do it, one way or another, there would be something missingÃ¢â‚¬Â¦ IÃ¢â‚¬â„¢d be leaving something out. As crude and primitive as my work is, and my work is very primitive, it was untrained, I was just doing it how I could. It wasnÃ¢â‚¬â„¢t by the book, or from a teacherÃ¢â‚¬Â¦I was trying to find my own way. Judgement IS the art. So, if you are doing a piece of art that you are struggling with, you are making choices, and that is teaching you how to look, how to draw and how to see, and itÃ¢â‚¬â„¢s forcing you to use your imagination. Working from imagination, from life, and my experiences runs my machine. It keeps me going. This is what I want people to see and know, that I did not come up with this overnight. It developed through my whole lifetime. If younger artists see that, then they will see the reason they should keep going and keep trying and work more from life, imagination, and experience.Ã¢â‚¬Â 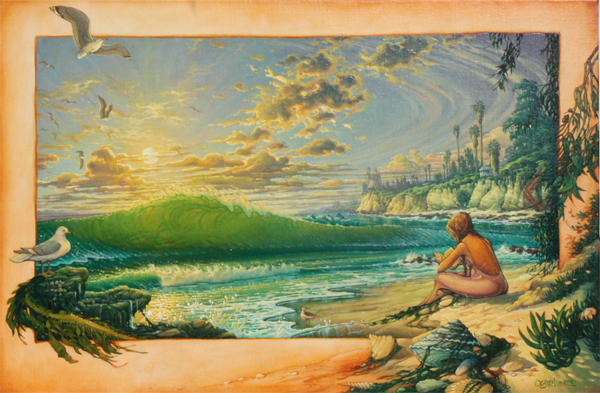 And yet, OgdenÃ¢â‚¬â„¢s concern of his legacy seems less ego driven, and more about how it will affect those who appreciate his art, but perhaps more importantly, the up-and-coming generation of would-be Bill Ogdens. Ã¢â‚¬ÂYoung people today are totally cool with my art. ItÃ¢â‚¬â„¢s not even retro. They dig it, because itÃ¢â‚¬â„¢s still apart of their lives. ItÃ¢â‚¬â„¢s timeless. They can still relate to it, they represents so well. Because itÃ¢â‚¬â„¢s free. IÃ¢â‚¬â„¢m doing it for the people. We glorify the craft, we glorify the surfing, not one guy. ThatÃ¢â‚¬â„¢s why I have a hard time signing my stuff, I donÃ¢â‚¬â„¢t really wanna take credit for it because itÃ¢â‚¬â„¢s actually coming from them. They inspired me. And it will inspire the kids coming up. ItÃ¢â‚¬â„¢s a perfect example that it does work. If you try it, if you do it, and youÃ¢â‚¬â„¢re brave enough to experiment with it, you will learn to grasp it. All you need to know is that it IS possible and you will get more comfortable with it. If you have the desire… desire is the biggest dealÃ¢â‚¬Â¦ if you have desire, you can do anything.Ã¢â‚¬Â

If you own any original art, rare prints, posters by Bill Ogden, please contact FIND Art Magazine to help build his archives. Also to be used for the production of his book with the completion of his entire story.